Director Liang and Other Personnel Paid a Visit to Techmation Ningbo

On the afternoon of March 4, Director Liang Fei and Deputy Director Li Na from Industrial Digitalization Promotion Division of Ningbo Municipal Economic and Information Technology Bureau, accompanied by Liao Zhongling who is the head of the Digital Economic Development Bureau of Ningbo Economic & Technical Development Zone and other personnel, paid a visit to Techmation Ningbo.

Our operation director and several other senior executives introduced in detail Techmation’s development history and its current development in the three business segments of automation, digitalization (Industrial Internet) and new energy, emphatically presenting the "tm Plas Cloud" system and the development plan of the digitalization of manufacturing industry starting from the injection molding industry. 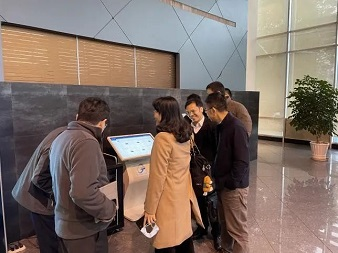 Director Liang, together with other personnel, listened carefully to our report and asked about the key directions of Techmation's business layout, such as its existing product advantages, its customer situation of bending machine control systems, and characteristics of "tm Plas Cloud" system, pointing out that Techmation's overall business idea and the development plan of its digital business were highly consistent with the government's development strategy.

Techmation has been deeply involved in injection molding control for more than 30 years, and has laid out relevant digital solutions and software products in advance, therefore, it has built-in advantages in the industry and products. It is encouraged to speed up the promotion of the "tm Plas Cloud" program and to emphasize the role of a "service provider" under the guidance of government policies.

Meanwhile, the government will also actively come out with targeted policies to encourage the driving force of enterprises' investment in digitalization, and accelerate the digitalization transformation of manufacturing industry. 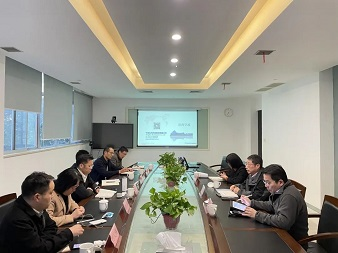